Stories move us. They hold our attention. If you don’t believe me, ask yourself why you were up until 4am watching Breaking Bad the other week. Undoubtedly, narratives are the intersection of logic and wonder. We desperately want George to find his better self when we watch It’s a Wonderful Life, and we hold out until the end when he finally “lives again.” Ask yourself what drew you in to the books your mom read to you at age 3, and you will likely find that it’s the same things that draws you to finish a quality book even though you haven’t eaten in 8 hours: we humans long to know about each other, about good and evil, about hope, about love. 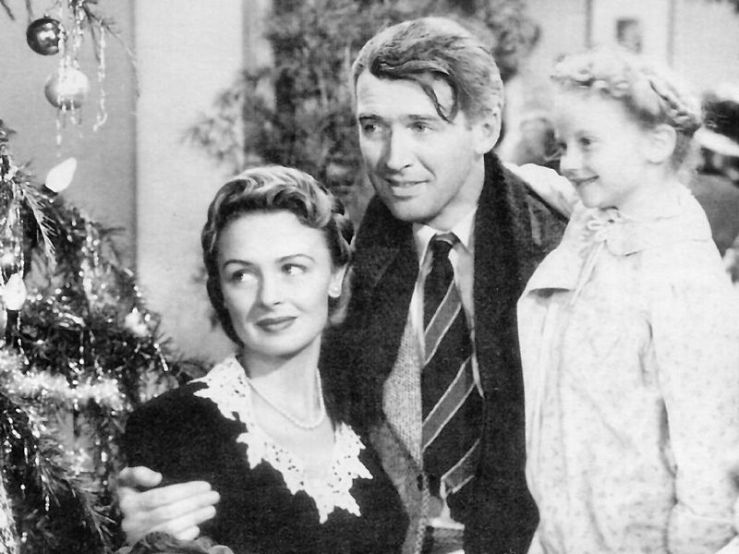 2. Going Off-Script is Okay [At least according to MLK]

My work in communication comes from a particular field: Christian ministry. More specifically, preaching is what I’ve studied the most over the years. A rather noteworthy preacher-turned-activist, Martin Luther King Jr., employed this well in his most famous speech, “I Have a Dream.” If you click here you can read a version that shows the places he went off-script. Interestingly, the final summary–the part where he goes off-script–is the most memorable part! No one remembers, “This is no time to engage in the luxury of cooling off or to take the tranquilizing drug of gradualism” from the written script. But they probably do remember, “I have a dream that one day this nation will rise up and live out the true meaning of its creed: We hold these truths to be self-evident: that all men are created equal.” This line was off-script. If one listens to a recording of the speech, it’s easy to hear where King’s voice had begun to border on a deep-south whoop, faltering between singing and speaking. As he plowed toward the final line, each concept built on or enriched the idea before. That’s preaching. But it’s also how communication works. As a follower of Jesus, I believe God’s Spirit leads pastors, at times, to go off-script. If you’re not a person of faith, maybe you could rely on that gut feeling in you that tells you there’s a little more to be said.

In 2007, I took a speech class. I could make a case for doing alright in the class in terms of grades, but my speeches were awful. During one of them, I completely lost my spot in my notes. Red-faced, I desperately searched for where I’d left off after a couple awkward errs and umms. Not okay. What I have learned since is that some people are cut out for manuscript-based speaking, but most of us are doing content-based speaking. If you’re in theatre, you’re doing manuscript-based speaking. You’re saying, word-for-word, what Shakespeare wrote. That’s your role. But if you’re in business, chances are that you have a different objective. You need to tell everyone about what expanding operations in East Asia means for the quarterly earnings report [or some other equally interesting topic]. Most of us are not trying to say, word-for-word, our manuscript. Most of us are trying to relate, to interested [or disinterested] listeners, concepts. So, find a way to memorize the main ideas, then passionately convey them. You may very well find that in the process your umms and errs have conveniently disappeared.

Please don’t actually do this. What I mean by embarrass yourself is something rather different. In fact, I only wrote the title like that to get you to read this. What I want to emphasize here is that communicators must establish themselves as human, as flawed, as real. The other year I went with my fellow church-staffers to a free conference on childhood development at a nearby university. The keynote speaker came across like he knew everything. With each line, he praised his own accomplishments more and more. He was polished, he was smooth; he didn’t emit as single umm. But his final point was muddied because he was, again, the hero of his own story. I say this not to tell you that you can’t tell of your own experiences or things you’ve learned. I say this because no matter who you’re communicating to, transparency is a draw. Consider the puffed-up politician who spews forth vitriol against his opponent. Do we want to sound like that? No. I think not.

Forget what I said about concepts in #3. Not really. Remember it, but take it with a grain of salt. In communication, we need to articulate ideas, concepts, facts, trends. Steve Jobs needed to explain the iPod when it was first released. He could have said, “it’s a digital device enabling individuals to procure, electronically, significant amounts of media–up to a gigabyte–from the internet for personal enjoyment.” That would have done the trick I suppose. But no. He got up in front of journalists and industry reps and quipped, “It’s a thousand songs in your pocket.” That was a phrase headed for the headlines. Succinct, image-driven. One more example. John F. Kennedy delivered a sparkling inaugural address in 1961. The world may never forget his line on civic responsibility: “And so, my fellow Americans, ask not what your country can do for you, ask what you can do for your country.” Elegant. Trim. Balanced. It was headed for the headlines. Even though most speeches or sermons or boardroom presentations probably don’t require a manuscript, certain points really need to punch through afternoon corporate doldrums. Preachers, break through Sunday morning lethargy with memorable phrases that get to the heart of your main idea.