This is one of the most important discoveries of my entire seminary journey. After studying the difficult aspects of Christian faith and practice-the peripheral-the core components of faith burn way brighter.

To me, seminary was a time to lean into the most difficult questions of all.

School for pastors should include some of this, right? One would imagine that Christian leaders, with all their various abilities and giftings and sense of call, would still struggle with particular questions.

Instead of offering a straight-up theodicy I’ll say a few words on God, then tell a couple stories. The stories really do communicate the best.

But first, a few words on God.

Early in the Bible, we learn that God has created all things. Genesis 1-2, the accounts of creation, are poetic. But they are also brazenly polemic! They speak strongly against any other God but Yahweh, the God of Israel. With forceful language, these two chapters subvert other gods who were held in high esteem by neighboring peoples, and exalt the God of Israel, the true God.

And the place of people within the order is very high. And yet, God gave people free will. Humanity had the ability to decide how to act. So, ultimately, humans allowed evil to enter their world. Bad news, everyone; it’s our fault. And we can either blame our ancient ancestors or blame God. 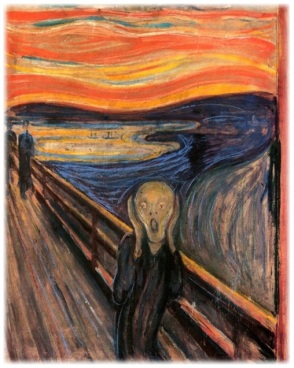 Or, we can blame ourselves. Then, from the depths, we can cry out to God and observe his multifaceted plan for transformation. We can look to the hope he gives us in the history of the world, recorded in the pages of Scripture, and seek Jesus Christ, the Son of God, by the power of the Holy Spirit he left his for his church.

Ok. On to the story.

The first story comes from my final Old Testament class. We had been moving through the Pentateuch [the first five books of the Bible, Genesis, Exodus, Leviticus, Numbers, Deuteronomy] and noticed these monumental acts of God. The biggest, without a doubt, was the Exodus.

The Exodus was God’s act of delivering his people, Israel, from the superpower of the day-Egypt. Egypt is still fairly powerful, but not like the second millennium BCE! The only real competitor was Babylon to the far east.

After all the talk about dates, miracles, and the moral authority of God, things got personal. I probed and questioned. One other student and I really got after our professor about miracles. We wanted to hear about his own experiences with miracles.

It all started with a question. I now feel a little embarrassed about it. I asked, after pressing him on a bunch of questions, “care to share?”

Our professor shared the story of moving to Grand Rapids, Michigan, from the East Coast. Amidst the busyness of moving, they had not the time to fully establish their son in the network of doctors in West Michigan. See, their son had a genetic condition that causes severe internal difficulties. One such difficulty lay within the young boy’s intestines. On one of his first evenings in Michigan, our professor’s son experienced an intussusception. This meant that a part of his intestine was folding in on itself.

As the boy sat, racked with severe abdominal pain, our professor and his wife paused to consider their options. They could go to the emergency room, where none of the doctors knew their son’s medical history. They could attempt to contact their physicians back east, but it was late in the evening. They planned to take him to the emergency room, but first they cried out to God for mercy.

A few minutes later, they gathered their things and prepared to leave. God, as it appeared, did not answer them this time.

Then, their son came to them from the living room. “I’m tired,” he explained. “I’m going to bed.”

Astonished, they asked him if he was feeling alright. “I’m fine, just tired,” he went on to explain, then climbed the stairs and headed to sleep.

Turns out God did listen to their prayer, and that he did act, and that he did show himself fully capable. Sure, maybe it was a fluke. Maybe the prayer had nothing to do with the healing. Maybe. But I doubt it. I guess about 3 of every 4 American doctors believe in miracles. They’re the ones who have witnessed such things, the ones with decades of training and experience, the ones on the forefront of medicine.

In my smallness of question-asking and challenging, I had become distracted from the largeness of God, even in my own life and my own experiences.

And today or in 50 years I may not understand the intricacies of exactly how the historical events of Scripture have been recorded. I may have a few doubts, concerns, and questions that hold out in the recesses of my mind regarding the formation of the Bible. But I don’t doubt the basics anymore: God is good. Jesus lived, ministered, died, and was raised to life, then ascended. He’ll return. Scripture speaks to the reality of God. These things are true.

Much of my seminary journey took me to the fringes of faith. My studies took me to tough places, and my classmates and I were burdened with difficult questions. But all the unknowing that takes place at the fringes pointed us back to the core dimensions of faith.

And, for us, the core now burns brighter.